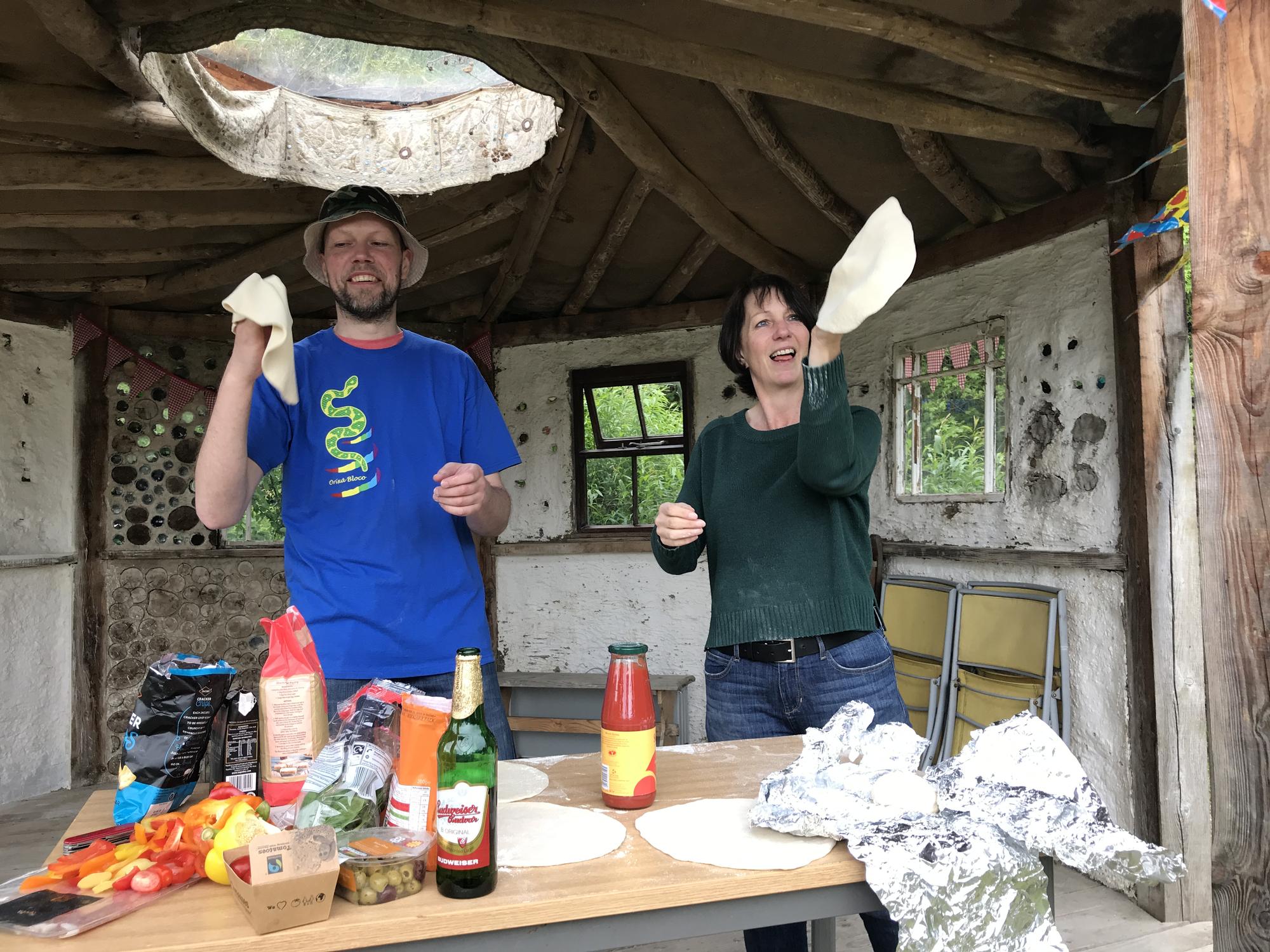 We've had a run of some great gigs since May. First up was the 'choir jam' at Hebden Bridge Folk Roots with Zarebi- performing with great acoustics in St Michaels church. We chose a set combined of chant, work songs and city songs. After singing, we recieved glowing remarks from audience members. These Georgian harmonies really seem to get under people's skin...

Later in May I was pleased to be parading yet again (with the first gig of the year!) with Orixá Bloco at Todmorden Carnival. I am so proud of how the band sounds at the moment, and the energy of the members is so beautiful. The flag bearers at this gig were particulary good, coming up with great choreography during the static! After the gig we had a 'pizza party' with marvellous dough supplied by none other than Marco's. We initiated the newly made pizza oven down on Red Acre Allotments... the day was a true success!

And now... today the weather has turned! and what do we do so well in the the rain in the UK? of course... carnival! I weathered the weather (!) so to speak at Spare Parts Festival in Oldham with the Global Grooves cast of drummers, dancers and puppeteers. We laughed and we got wet and the show went on, we set down some bad ass grooves and we had a truly great time. What's not to like?